Probate only applies to assets that were owned in the decedent’s sole name at death. The following are examples of probate assets and assets that pass outside of probate.

These examples are intended to be illustrative and do not include all situations.

Our law firm routinely represents clients in probate administration proceedings throughout the state of Florida and creates estate plans to carry out your wishes. Please call (407) 862-9449, email abigail@edelsteinlawoffice.com, or complete our contact form to speak to attorney Edelstein if you have any questions or would like to schedule a free consultation.

Caveat emptor, the Latin phrase for let the buyer beware, is an old saying has stood the test of time. A story in The Florida Bar News confirms the inadequacy and unreliability of do-it-yourself estate planning. To view the full article please click here.

In the article, a woman, Ann Aldrich, used an “E-Z Legal Form” to write her will.

The Problem with the Self-Drafted Will

One Consequence of the Self-Drafted Will- Costly Litigation

When Ms. Aldrich passed away, her brother filed an action and claimed that he should get the entire estate, including the inheritance from the sister. He was met with opposition from two nieces. The nieces argued that Florida intestacy laws should apply to the inheritance because the form will did not mention or cover inheritances. Note: Intestate means a person died without a will. Florida intestacy laws determine who will inherit the decedent’s assets.

The Florida Supreme Court found that Ms. Aldrich’s after-acquired property shall pass by intestacy. Applying Florida intestacy law to this case, Ms. Aldrich’s inheritance passes to her two nieces even though her note clearly stated that she wanted all of her “worldly possession” to pass to her brother.

Justice Barbara Pariente wrote a separate opinion to underscore what she saw as problems from using the simple will form. See the Court’s opinion at the following link: sc11-2147.

The Moral of the Story- Caveat Emptor

You are own when you decide to write your own will using online software or pre-printed templates. Ms. Aldrich’s choice to use a commercial will, instead of hiring an attorney, prevented her wishes from being carried out. Her story highlights the dangers of using pre-printed forms and drafting a will without legal assistance.

Additionally, her choice sparked litigation that cost many times what she saved by using the generic form. The advice of an attorney may cost more but we advise you on the best way to protect your family and distribute your assets according to your wishes. We do more than just draft the document. As illustrated by this story, the ultimate cost of drafting your own will has the potential to surpass the cost of hiring a lawyer from the beginning. It is not worth it to learn the hard way and cause unnecessary headaches and legal expenses for your family.

Contact my office if you a Florida resident looking for estate planning or small business legal services.

Just married? Planning to be married? Congratulations! Estate planning is probably the last thing you want to do as a newlywed, but it is one of the smartest long-term decisions you can make. Planning your estate early on in the marriage will protect and care for your spouse. It can help avoid a host of potential issues and expenses down the road. Once you are married you should consider making a will, health care directives, and a power of attorney to appoint your new spouse. Once the babies start to arrive, your estate plan may need to be updated with trusts and guardians. 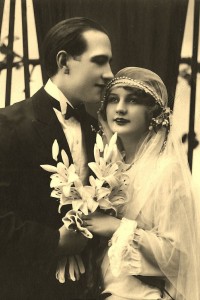 Taking the time to sit down with your spouse and speak openly about your estate plans will ensure that, should the worst happen, your new family is prepared to handle the unexpected.

By beginning your life together with a sound estate plan, you not only help avoid potential issues and expenses in the future, but also gain the satisfaction of knowing you have provided a secure future for your new family.

If you already planned a wedding, planning for the future should be a breeze.

Call (407) 862-9449 or complete the Contact Form below to schedule a FREE ESTATE PLANNING ASSESSMENT! Mention this blog post to receive a special flat-rate for our Newlywed Estate Planning Package!